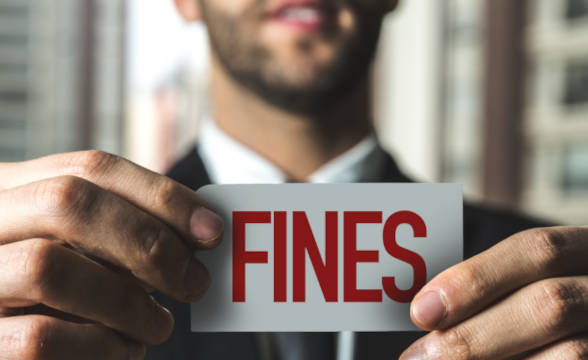 The gambling regulator in the Netherlands, Kansspelautoriteit (KSA), announced a new regulatory action against one licensee.

On Friday, the gambling watchdog revealed it imposed a hefty fine against the operator Toto Online. The KSA released details outlining that the licensee breached the rules about gambling advertising. Upon investigation, the regulator uncovered that the breach occurred between October 1, 2021, and February 1, 2022.

October 1 last year marked the date when the Netherlands implemented KOA, the country’s Remote Gambling Act. The new framework sought to regulate the online gambling market in the country, ensure licensing and compliance of the operators.

An investigation launched by the KSA uncovered that Toto Online breached the existing gambling regulations by engaging in advertisements for its entire customer base, including young adults, aged 18 to 23. Kansspelautoriteit said that targeting young adults is prohibited, which is why it imposed a fine of €400,000 ($419,410). Besides advertising, the KSA uncovered that the licensee contacted young adults offering bonus offers, which is again prohibited. Although the fine was implemented, the authority acknowledged that Toto Online discontinued the practice as of February 1, 2022.

The new announcement marks another enforcement undertaken by the KSA. Earlier this month, the regulator unveiled its plans to probe affiliates over targeting vulnerable people. At the time of the announcement, the regulator said that it uncovered two affiliates, of which, one targeted self-excluded individuals, while the other promoted illegal gambling. Promoting illegal gambling, as well as targeting vulnerable people is prohibited which prompted the regulator to launch an investigation.

“The law says that vulnerable groups, including young adults, must be given extra protection.“

KSA’s chairman, René Jansen, spoke about the recent fine against Toto Online. He outlined that the current regulatory framework seeks to safeguard the well-being of young adults. Jansen pointed out that young adults’ brains are still developing which is why they are “extra vulnerable to developing a gambling addiction.” This, according to him imposes the need for extra protection for such groups. Last but not least, Jansen said: “Gaming providers must fully respect the rules intended to protect vulnerable groups. That did not happen here and therefore this fine.”